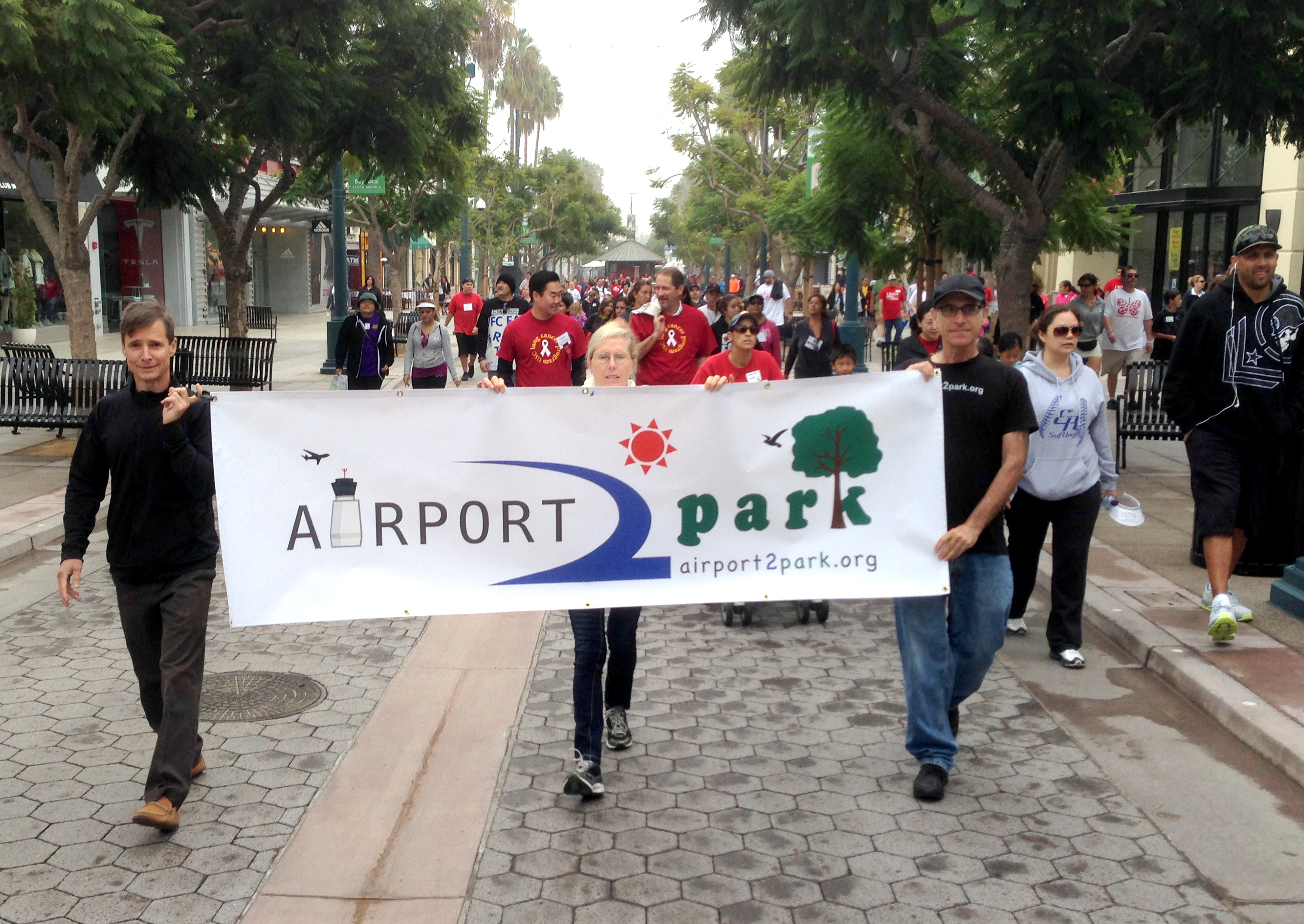 Airport2Park walked today with the American Lung Association’s 2013 Fight for Air Walk.  What can be cleaner than creating a new grand park on the site of the Santa Monica Airport?  Airport2Park joined the American Lung Association in the fight for healthy lungs and healthy air in order to save lives today and keep America healthy tomorrow. Hundreds of people took part in this year’s walk from the 3rd Street Promenade and along Palisades Park to promote Santa Monica as a clean and healthy community.  City Council member’s Bob Holbrook and Assembly Member Richard Bloom were on hand to lend their support in the keynote speeches.  Airport2Park’s banner received high fives and honks from passing motorists with many coming up to us to hear about our plans and to sign up for our mailing list.  Event sponsors included the South Coast AQMD, the United Long Term Care Workers and the USC Norris Comprehensive Cancer Center. 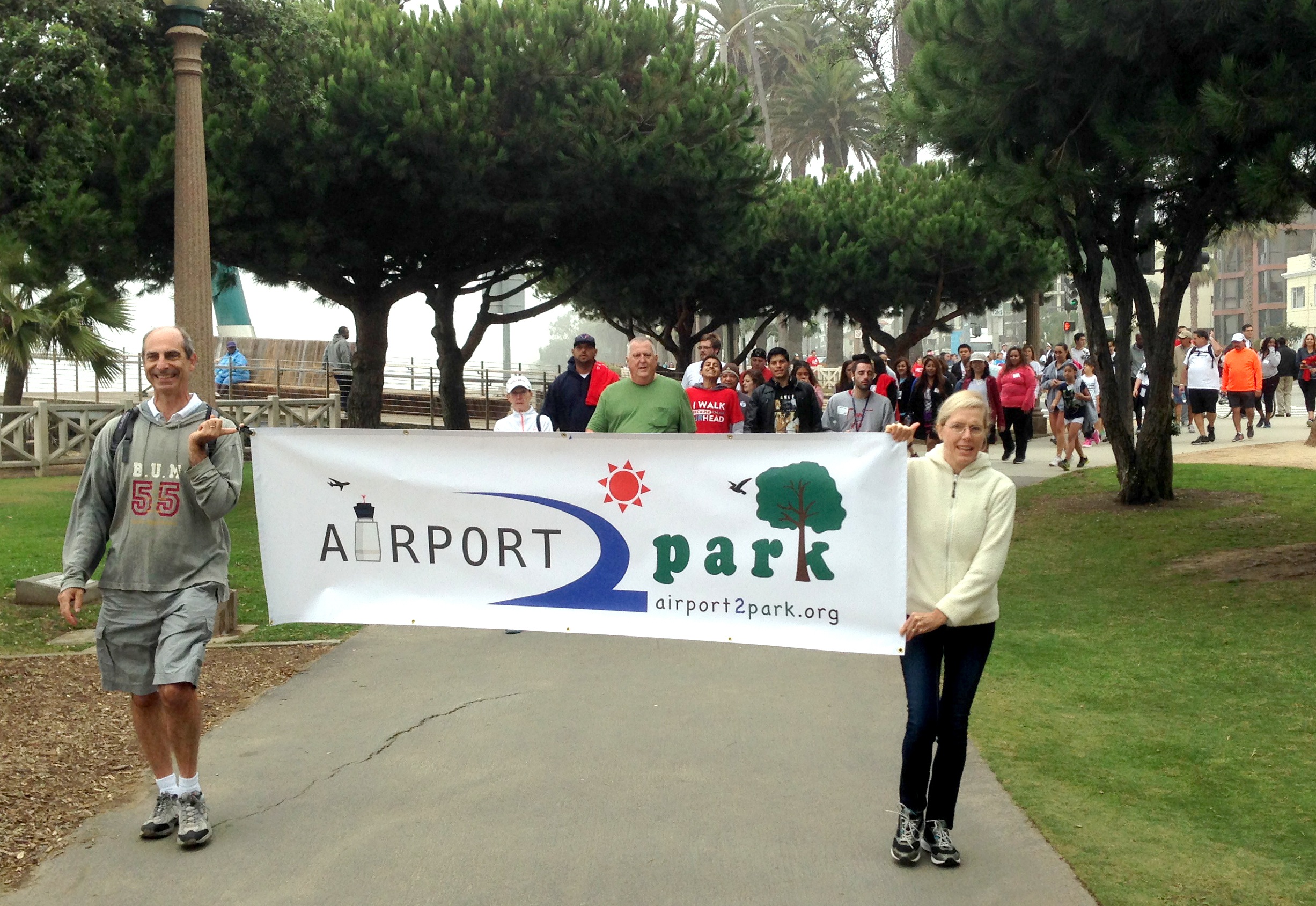