Oct 3, 2013 –  Over 150 people attended the Airport2Park kickoff meeting and park design workshop on Thursday October 3, and the energy, creativity, and excitement shown by those attending was truly inspirational.  The highlight of the night was a talk by noted landscape architect Mark Rios surveying what has been done to transform other post-industrial relics around the world into vibrant and unique community parks (Mark’s talk begins at 20:42 in the Part 1 video below).  After the talk, people broke up into ten small working group tables, each of which marked up a large map of the airport to reflect the park ideas of the group participants.  We will be posting those maps, and other pictures of the event on this page soon.  The evening ended with each group presenting its thoughts and design ideas. 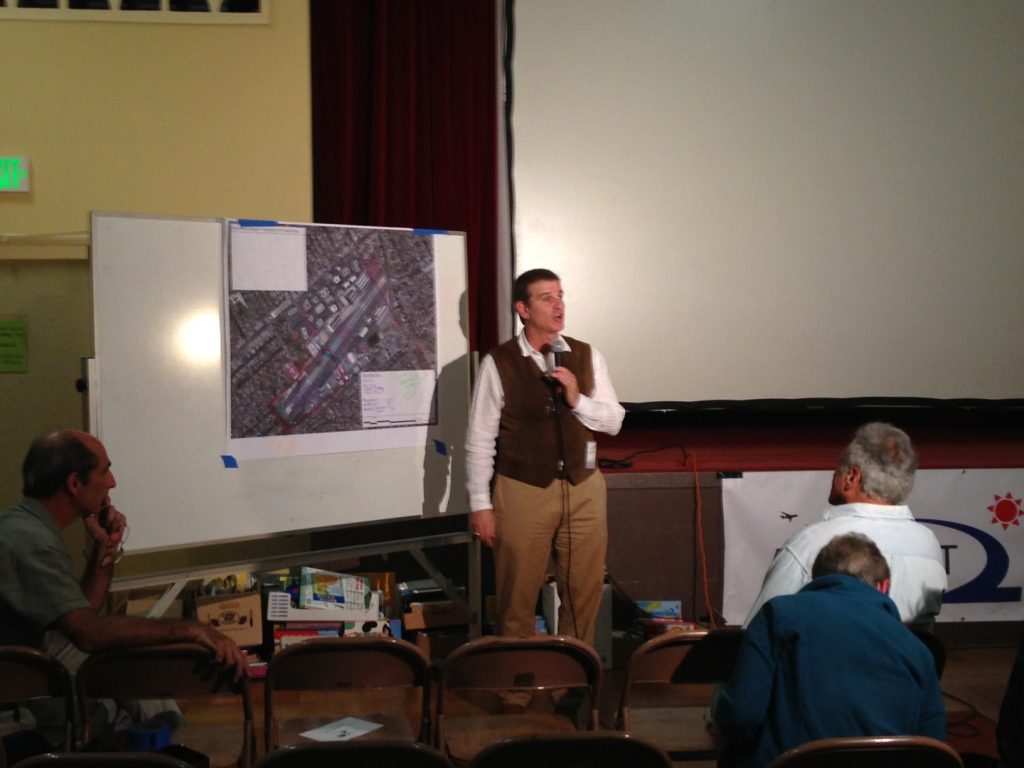 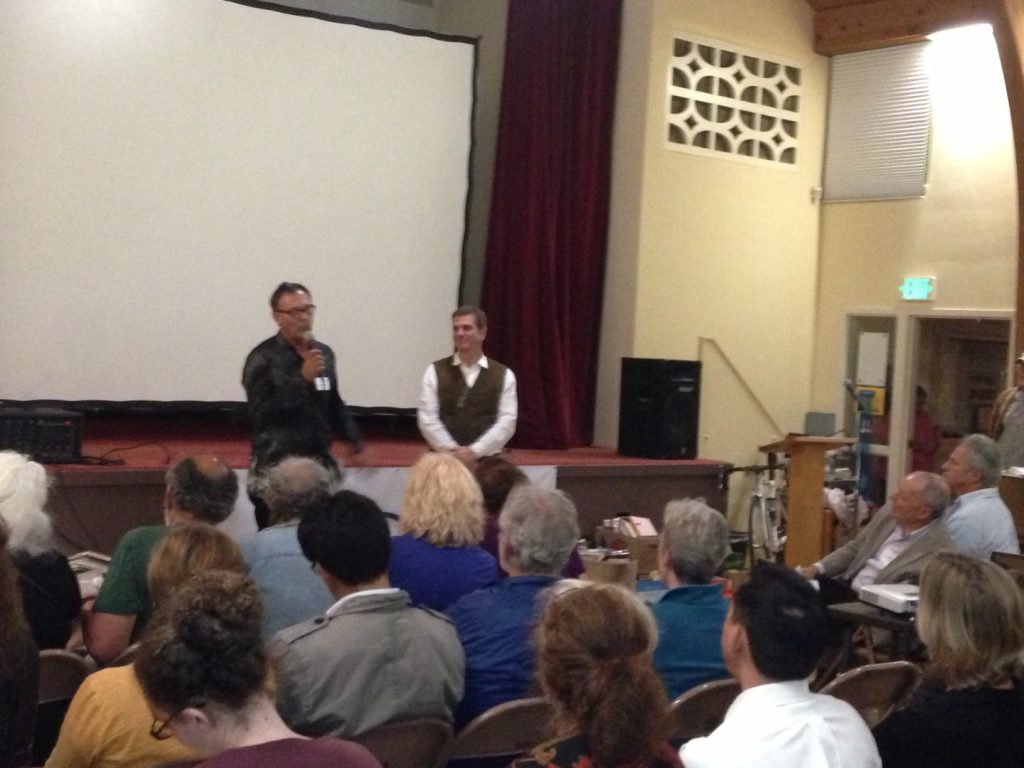 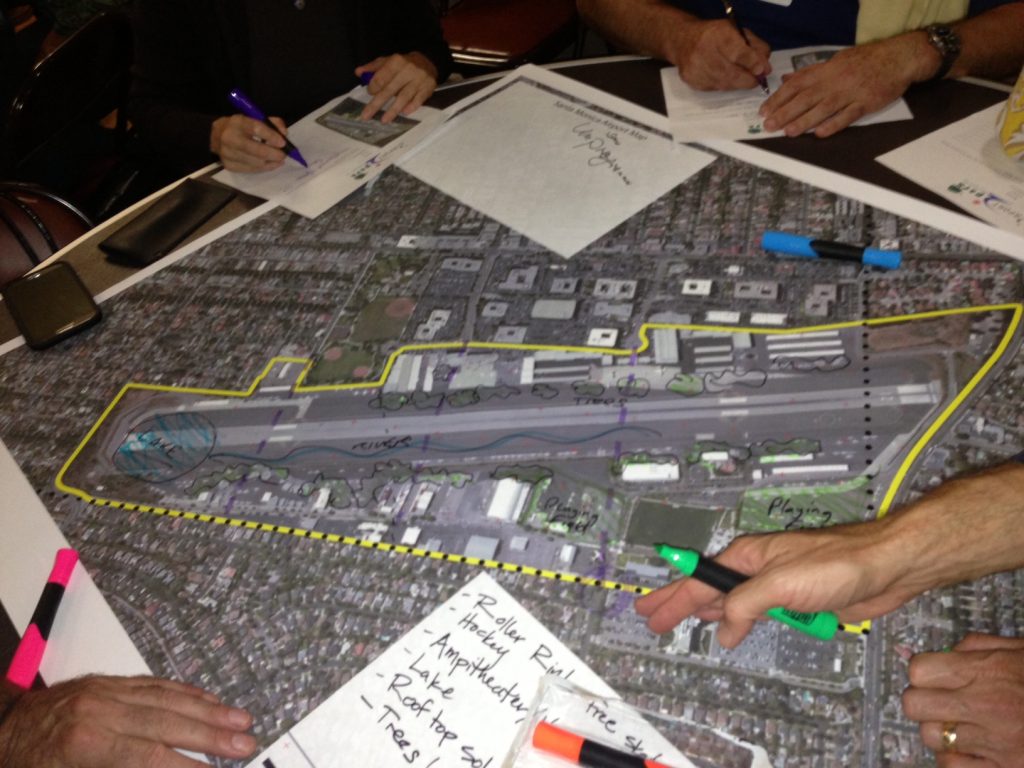 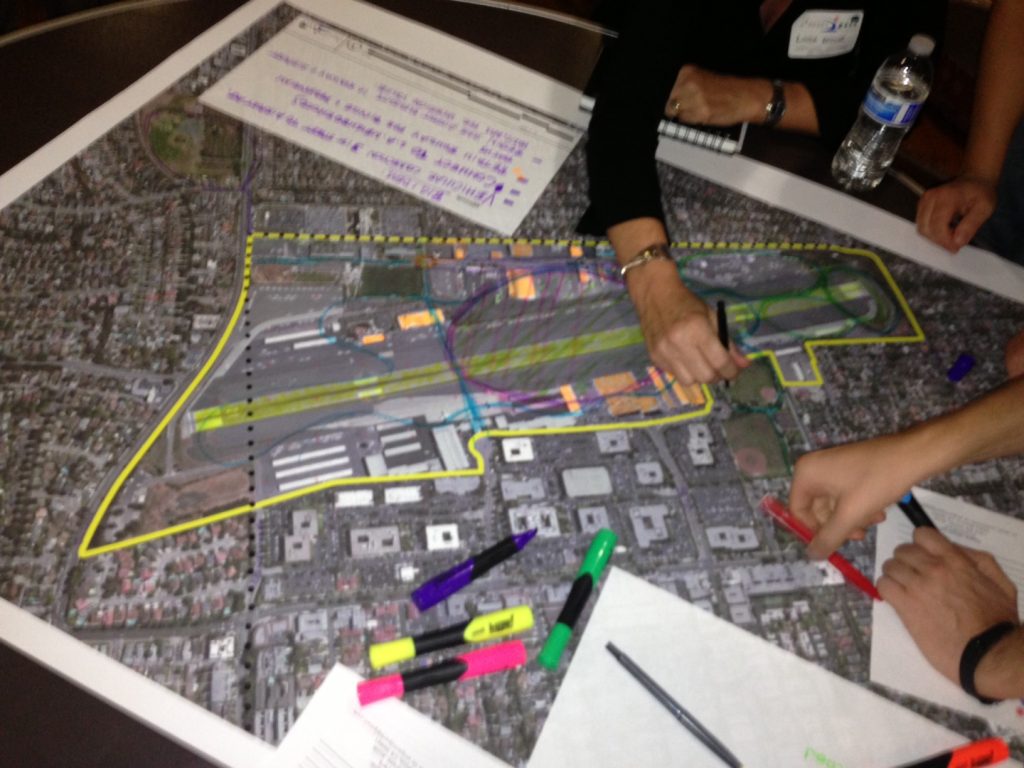 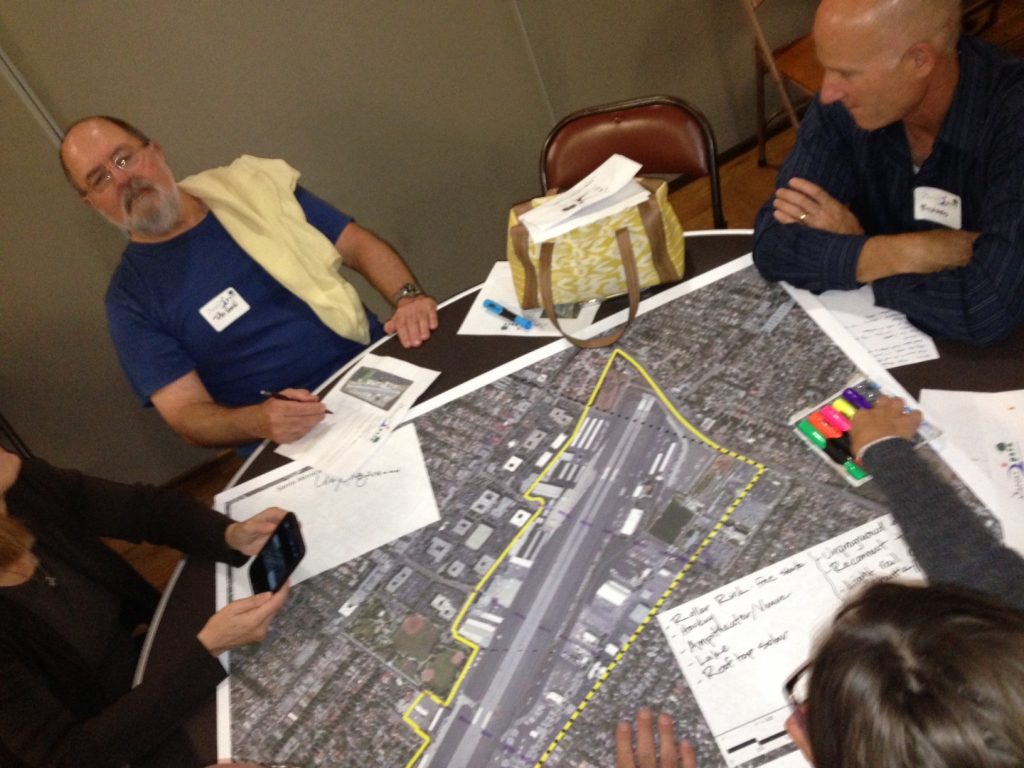 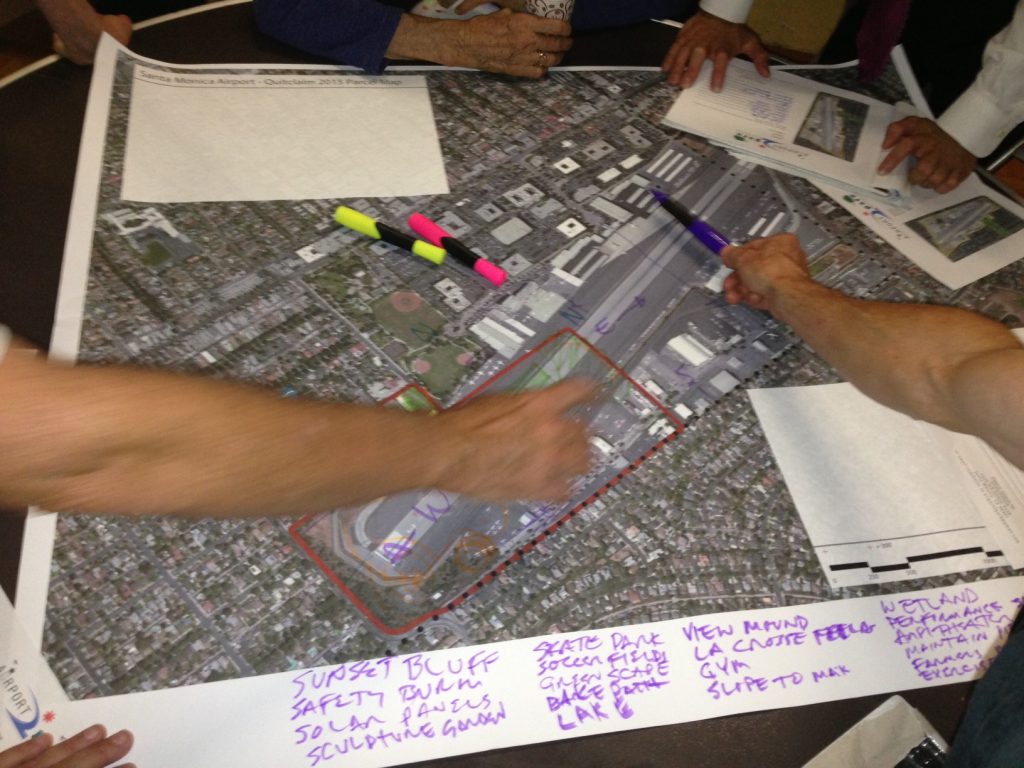 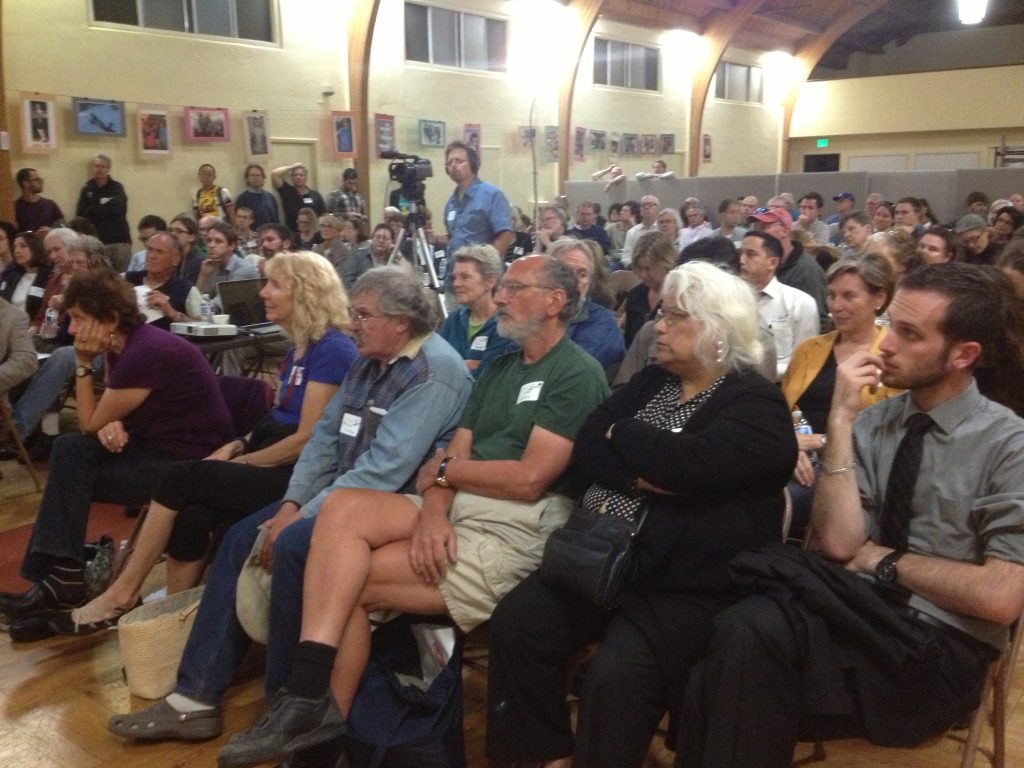 This was an hugely successful first meeting, and we are heartened by the enthusiasm showed by all who attended, as well as the many elected officials or their representatives who turned up to show their support.

This park is coming, you can feel the energy!