As of Wednesday, May 14, 2014, 33 Santa Monica voters have contacted the City Clerk to have their signatures rescinded from a controversial initiative petition sponsored by the Aircraft Owners and Pilots Association (AOPA), the Washington, D.C.-based national lobbyists for the aviation industry, according to information obtained by Airport2Park from the Santa Monica City Clerk’s office. The signature-rescissions come amid accusations that paid signature gatherers are tricking people into signing.

The initiative drive has been organized and financed by the AOPA through a purported “residents” organization called “Santa Monicans for Open and Honest Development Decisions (SMOHDD).”  According to the group’s own website, SMOHDD is “Sponsored [with] Major Funding by Aircraft Owners and Pilots Association,” and according to the group’s FPPC filings, all of its funding has come from the AOPA. 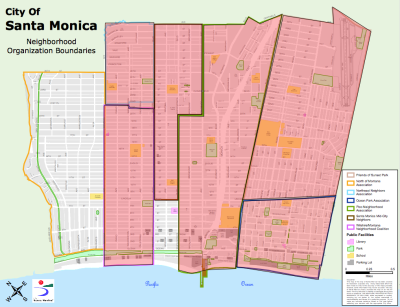 In fact, so far the following genuine community groups in Santa Monica have all advised their members not to sign the petition: Santa Monicans for Renters Rights, Friends of Sunset Park, Mid-City Neighbors, Northeast Neighbors, the Wilshire-Montana Neighborhood Coalition, the Ocean Park Association, and the Pico Neighborhood Association.

“AOPA has tried to masquerade its sponsorship of a private-business-protection act by creating a phony grassroots organization. Additionally, the initiative pretends to be a measure to give voters the right to make decisions about the airport, when it’s really about subverting a planning process for the airport’s future that has been ongoing for several years,” said Gavin Scott, of Airport2Park, the organization formed last year to turn Santa Monica Airport into a public park.

The AOPA initiative has been dogged by accusations that paid signature gatherers have repeatedly made misleading statements to voters to obtain signatures. According to the FPPC filing, the AOPA has contracted with Arno Petition Consultants, Inc., to provide signature gatherers. Arno frequently has been accused of various forms of petition fraud.

Residents questioning the tactics used by the signature gatherers have contacted Airport2Park and Community Against Santa Monica Airport Traffic (CASMAT). “I was approached by a signature gatherer for the airport petition who said that the city supports the initiative and wants it on the ballot. I told him I didn’t think this was the case, and he showed me something with the city’s logo on it,” according to Karen Hart.

The initiative is not sponsored in any way by the City of Santa Monica. The City Attorney by law is required to prepare a title and summary for any initiative, and apparently AOPA signature gatherers have been using the City Attorney’s summary to mislead voters into believing that the city is behind the petition.

Ms. Hart told CASMAT that she contacted the Santa Monica City Attorney’s Office to clarify the city’s role in the initiative. City Attorney Marsha Moutrie responded, pointing out that it is a misdemeanor under the California Election Code to intentionally misrepresent the contents or purpose of a ballot measure. Ms. Moutrie said that she would advise the proponents of the initiative to remind their signature-gatherers of this law.

“We have had many emails complaining about the signature gatherer’s misleading statements,” said John Fairweather, Chair of CASMAT, “and we have been advising these voters to contact the City Clerk to rescind their signatures. We expect rescissions to increase as we inform more Santa Monicans about these deceptive practices and the truth about the initiative.”