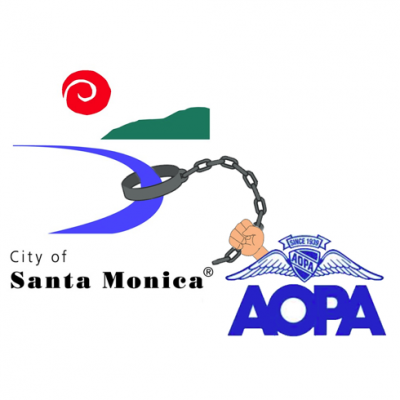 The Steering Committee of Santa Monicans for Renters Rights (SMRR), the biggest grass roots organization in Santa Monica, has come out against aviation interests trying to use a ballot initiative to stop Santa Monica from planning to close down the airport and plan for a future without it.

The SMRR Steering Committee took this urgent action at its April 12, 2014, meeting on a motion from committee member and former Santa Monica mayor Dennis Zane, who said, “This initiative, although cloaked in rhetoric about the rights of the people, is really all about perpetuating private benefits at the airport. While it is too early for SMRR to support one future use of the airport land over another, it is urgent that SMRR oppose this initiative that would cut off planning for that future.”

According to SMRR Co-Chair Patricia Hoffman, the SMRR Executive Committee had already discussed the matter in their meeting earlier in the week.

Before voting, the SMRR Steering Committee heard a presentation from Airport2Park representatives Frank Gruber and former Santa Monica mayor Michael Feinstein who described how the aviation industry’s initiative was designed to prevent Santa Monica from continuing a public process to consider alternative uses for the airport land. Both noted that the true purpose of the initiative has been disguised with language promoting residents’ rights against overdevelopment. Airport2Park is the organization formed last year to turn the airport into a big park for the benefit of all.

Background: Since the ’60s the City of Santa Monica has been fighting jet traffic at Santa Monica Airport. In 1981 the City Council voted to close the airport after the Federal Aviation Administration (FAA) required the city-owned airport to serve jets. This led to litigation with the FAA, and a 1984 settlement agreement under which the City agreed not to close the airport until July 1, 2015. With this date approaching, for several years the City has been considering the future of the airport land. On March 25, the City Council directed city staff to consider future non-aviation uses for all or part of the airport, and voted to initiate a process to make sure that any future development there would be low-intensity, including uses such as a park.

Just two days later, on March 27, the aviation industry, represented by the Aircraft Owners and Pilots Association (AOPA), had an initiative filed with the Santa Monica City Clerk that would stop Santa Monica from planning for non-aviation uses of the airport land, or even from changing the terms of its current leases with airport tenants that expire July 1, 2015. The rents under these leases are only a small percentage of current market-rate rents. The purpose of the initiative is disguised under a proposed change to the City Charter to require a vote on any changes to the use of the airport.

Not confused by the AOPA smokescreen, the SMRR Steering Committee saw the initiative for what it is: an attempt by aviation businesses to manipulate the initiative process for their own benefit. The Steering Committee, which recently supported the actual grassroots efforts of Residocracy.org to gather signatures for a referendum to oppose a large development in Santa Monica, voted to encourage residents not to sign the aviation industry’s sham petition.

Airport2Park Note: Meanwhile, tell all your friends about this deception.  The more people that know about it, the harder it will be for them to fool people into signing their petition.  Paid professional signature gatherers are already out trying to get people to sign this initiative.