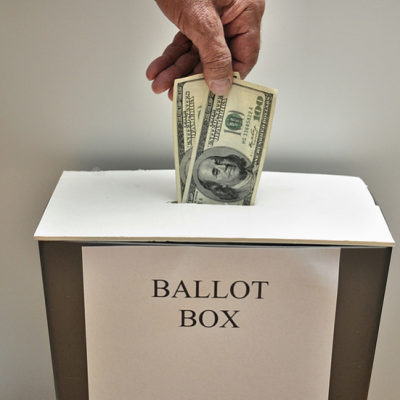 A deep-pocketed lobbying group turned in petitions to the Santa Monica City Clerk today (June 10), in an effort to block the city’s efforts to reduce or eliminate the health and safety hazards from Santa Monica Airport (SMO).

The Washington, D.C.-based Airport Owners and Pilots Association (AOPA) is hoping the tens of thousands of dollars it poured into its effort through paid signature gatherers has produced enough signatures to overcome a campaign against the measure by a coalition of neighborhood groups with unpaid volunteers.

Community groups across Santa Monica advised their members not to sign the initiative. Many residents who did sign have asked the City Clerk to rescind their signatures. The community campaign was effective enough to push the price-per-signature the AOPA paid from about $4 originally to as much as $20 this week. Sworn affidavits have been collected regarding false statements used by the gatherers (Predominantly from Arno Political Consulting – a firm with a rich history of voter deception and election fraud), including claims that the state or the City Council itself backed the initiative; that the measure would reform SMO to make it pollution-free; that the City Council had approved massive housing developments at SMO; one even claimed that no jets currently use the airport!

The City Clerk and the County Registrar of Voters have 30 business days to determine whether valid signatures total at least 15% of Santa Monica voters. Other key procedural requirements and deadlines also must be met before the initiative makes it onto the ballot.

In response to AOPA’s submission of signatures, Airport2Park, the organization residents formed last year to turn the airport into a great park, issued the following statement:

“The AOPA has spent freely to try to buy a spot for its measure on the November ballot. It’s prepared to spend much more in its effort to block the city’s desire to increase airport rents to market level and to mitigate SMO’s current negative health and safety impacts, and prevent Santa Monica from ultimately closing the airport and building a great park. The incredible effort by local volunteers to counter the AOPA-funded signature gatherers was a wonderful example of democracy in action, and those efforts will continue if this deceptive measure does qualify for the November ballot. In that case, A2P is confident that the voters of Santa Monica will see through and defeat this special-interest power grab.”


One thought on “Aviation Lobby turns in signatures in effort to block safety, air quality, changes at SMO”