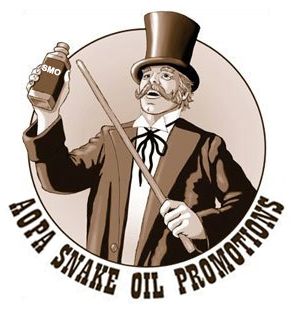 Acting on the City Attorney’s advice, the Santa Monica City Council unanimously voted at its meeting Tues., June 24 to draft a ballot measure that would allow the City to continue to manage its municipal airport (SMO) while subjecting future development on airport land to voter review.

The measure will compete with an initiative sponsored by the Washington D.C.-based Aircraft Owners and Pilots Association (AOPA). That measure, masquerading as a local anti-development effort, seeks to wrest control of SMO from the City by requiring elections to approve any change in the use of airport land to non-aviation purposes.

The City Council already is on record to keep the city-owned land in low-density use, but at their Tuesday evening meeting council members explored ways to give voters the right to approve future plans for the airport land.

City Attorney Marsha Moutrie told the council the aviation lobby measure would prevent the City from managing its properties at SMO that it currently leases to both aviation and non-aviation businesses. Also according to Moutrie, the measure would cripple the City’s ability to protect the health, safety and welfare of both residents and other neighbors affected by aviation activity at SMO.

The AOPA has ironically named its local front organization “Santa Monicans for Open and Honest Development Decisions,”  although its measure does NOT deal with development at the airport, and approximately 95% of its funding has so far come from the AOPA. The AOPA initiative only allows for a vote on closing the airport; once the airport is closed, the measure provides no controls on future development. No Santa Monica community groups have supported the AOPA initiative and many oppose it.

The council asked the City Attorney to prepare a proposal that that would address concerns about development, while allowing the City to continue to manage the airport. The AOPA, obviously concerned that voters will realize the aviation lobby is the real “special interest,” not city residents, is already crying foul.

The AOPA claims that “Santa Monica voters launched” the petition drive for its initiative, but the fact is, as shown in public filings, that the AOPA hired Arno Political Consulting and an army of signature gatherers from outside of Santa Monica to get signatures for its proposal, paying them as much as $20.00 per signature.

AOPA continues to claim that closing SMO would kill 1,500 jobs. In fact, fewer than 200 jobs at SMO are aviation-related. While after aviation operations ceased aviation jobs would likely follow the jets and other planes to other airports, more than a thousand non-aviation jobs would remain on the current airport campus, and the City could lease vacated aviation properties to new productive and environmentally-friendly businesses.

NOTE: In a Santa Monica Lookout article dated June 27, Council member Kevin McKeown suggests that a more appropriate name for “Santa Monicans for Open and Honest Development Decisions” would be “People Who Want To Keep The Airport Absolutely Unchanged Because It Benefits Us Personally”. Well said!