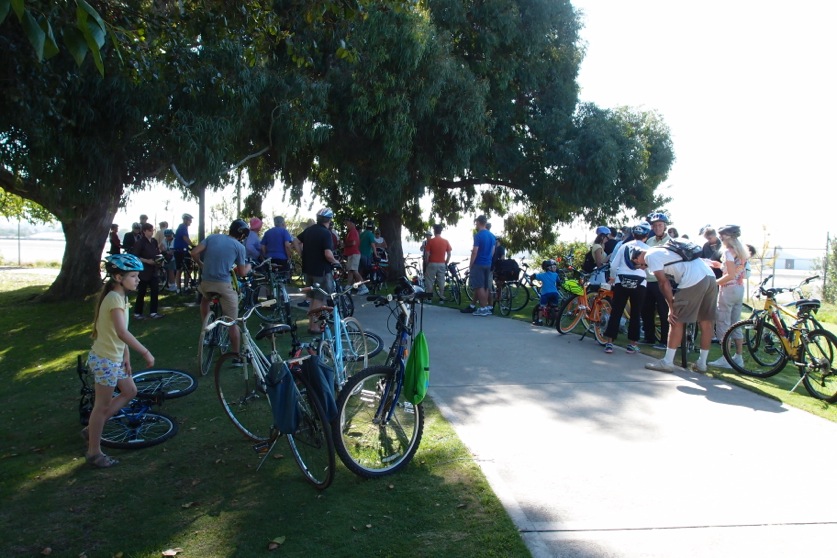 Between 50 to 60 people including adults and kids went on the Airport2Park bike ride today.  After assembling in Clover Park next to the airport, the group set off on a lovely sunny day making a series of stops around the perimeter of the airport to listen to Michael Brodsky and Frank Gruber outline the history of the airport, the pollution and health issues it causes, its costs to the city and taxpayers, but best of all to envisage its future as a great park.

The ride was very well organized and safe, despite the large numbers on some busy roads.  Our thanks go to Santa Monica SPOKE members who organized and led the ride and volunteered to make sure the rest of us amateur bikers came to, and caused, no harm.  They have posted pictures of the ride here. 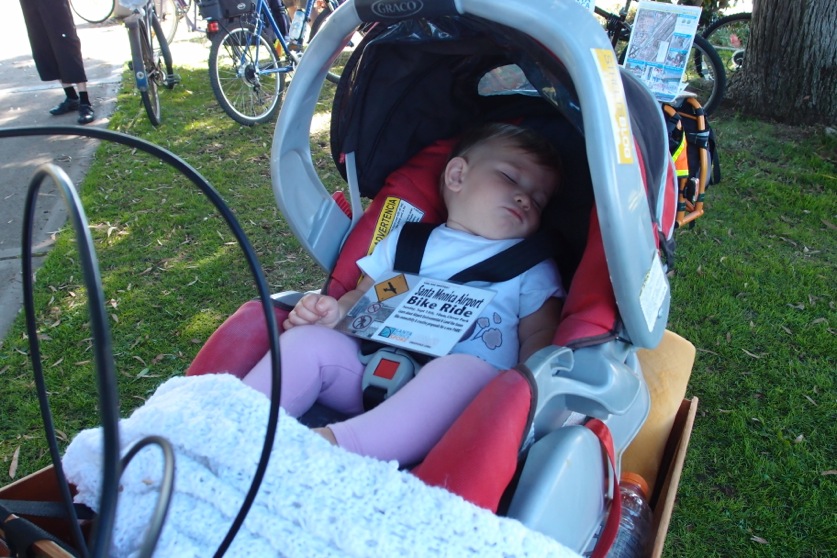 Highlights of the ride included the ‘visioning’ talk from the flight observation deck at the airport while the riders got a clear sense of the massive scale of the land and the incredible and unique potential it represents.  At Clover Park we witnessed literally hundreds of people using the park for various sporting and other uses and the stark contrast as we looked through the wire fence over the virtually deserted concrete wasteland that serves the few (maybe a few hundred a day compared to literally thousands per day at the adjacent Clover Park which is less than 1/10 the size).  Despite the need for numerous pauses in the talks due to the deafening noise of jets and other takeoffs, participants learned many useful facts.  For example the airport currently drains the City coffers to the tune of millions per year, and has been loosing money for decades.   Once again the speakers contrasted the City’s losses on well over 200 acres at the airport, with the sustainable bike center in downtown which occupies virtually no space, serves hundreds of people each day, and is a net revenue generator for the City (around $200,000 in the last 2 years).  Even the Big Blue Bus makes money for the City.  Not the airport however. 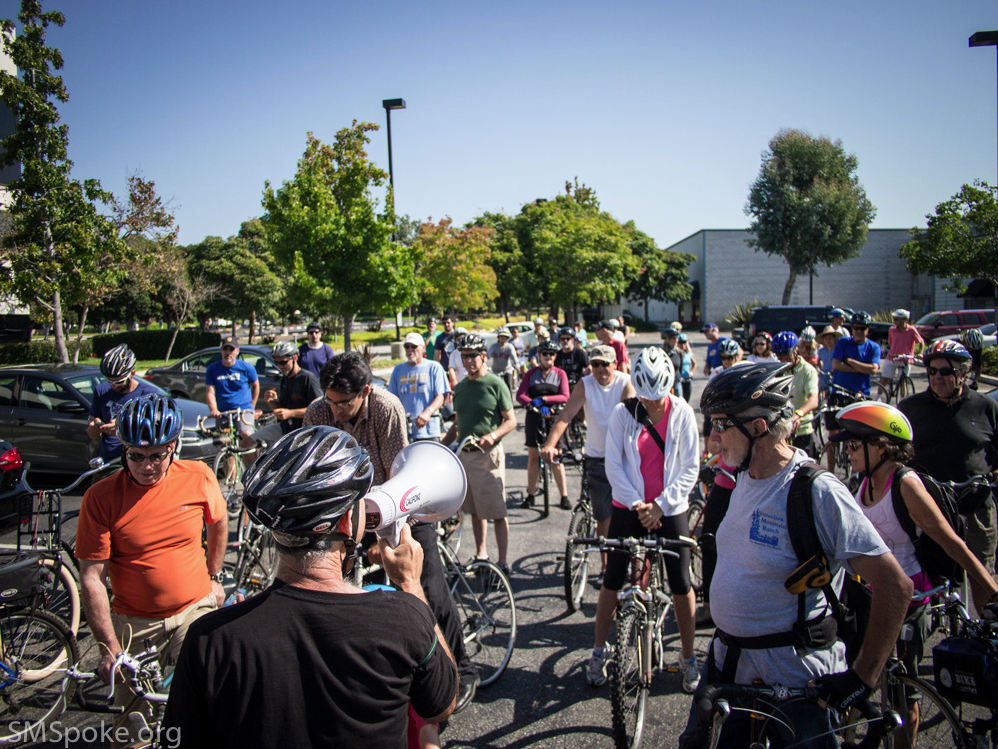 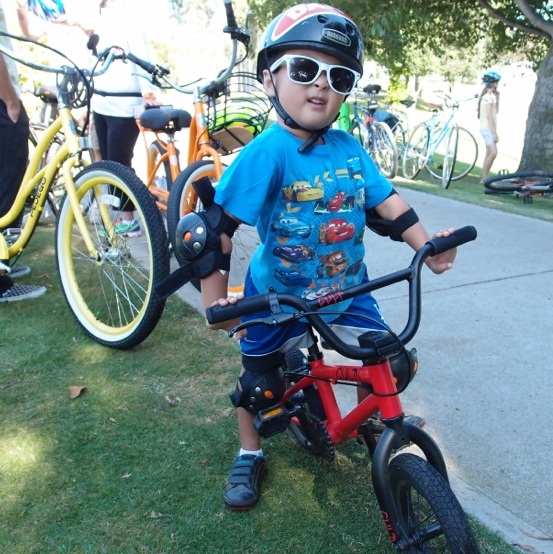 Perhaps my favorite funny moment was when we were all milling around the Centinela entrance to the airport listening to a description of the huge costs to the City of subsidizing the airport and its users in order to keep it running.  In the middle of the talk, we all had to part to allow one of the subsidized airport users, to enter through the gate in a magnificent blue brand new convertible Aston Martin DB-9 (a car who’s base price is around $200,000).  It was a hilarious moment much appreciated by those present, and it did much to underscore how ridiculous it is that the City continues to loose money keeping the airport open.

Time to build a great park.  It will be a net revenue plus to the City of between 5 and 12 million dollars annually compared to the airport.