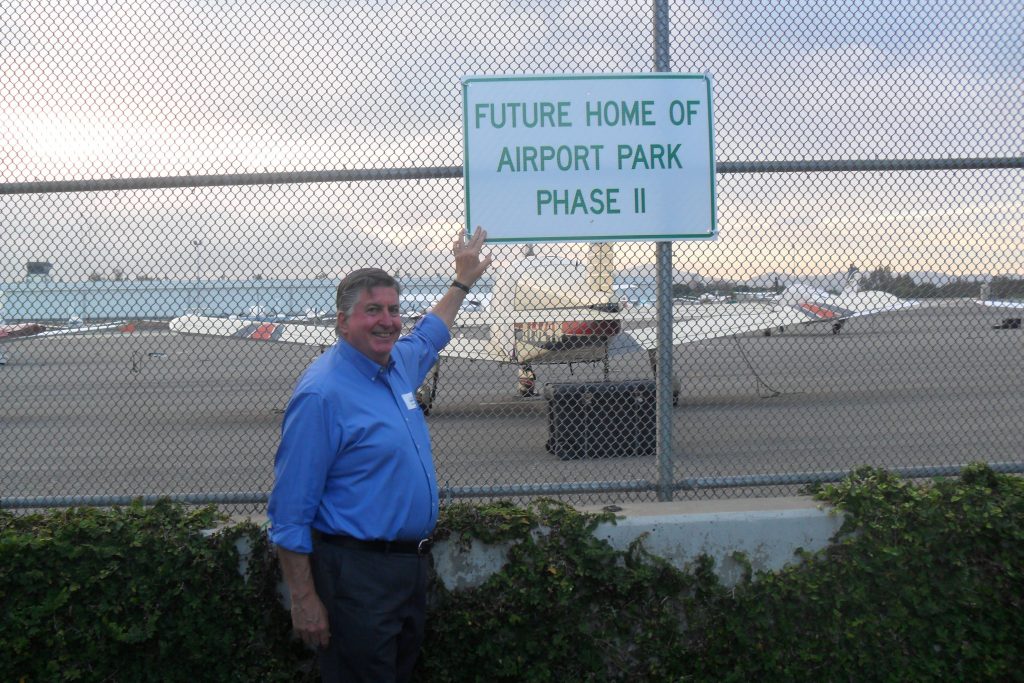 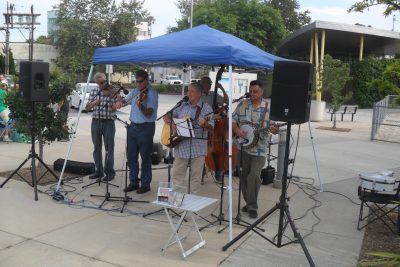 Burning Heart Bluegrass (http://burningheartbluegrass.com) providing the soundtrack to the festivities

Around 150 people gathered for Airport2Park’s July 1st celebration/BBQ “Start the Park” marking the first step in the transformation of Santa Monica Airport into a magnificent new park to benefit all the people of Santa Monica and surrounds.  The event was a huge success with families from Santa Monica and surrounding cities coming together to have fun, play games, create artwork, and mark this historic moment.  Live music was provided by “Burning Heart Bluegrass” whose foot tapping tunes got people onto the dance floor, including special guest “Treeman” who was a popular dance partner for the ladies. 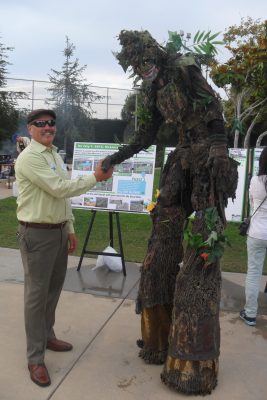 At the event Mayor McKeown spoke about the historic day, representing as it does the official ending of the 1984 agreement that has thus far constrained the ability of the City to make changes at the airport.  The Mayor reaffirmed Council and staff’s 100% commitment to fast tracking the creation of additional park and playing field space on the 12 acres of land currently allocated to aircraft tie downs (6 acres of which is pictured behind the mayor in the image above).  He pointed out Council’s 100% record of support, and that the budget for the planning process has already been allocated.  The Mayor also spoke of the upcoming trip to DC to talk with the FAA noting that it will be attended not only by himself, but also Council members Vazquez and Himmelrich, as well as the City Attorney and other members of City staff.  This meeting was organized by our congressional representatives Ted Lieu and Karen Bass to provide a forum for the City and community members to express concerns regarding the current situation at Santa Monica Airport.  Council members Ted Winterer and Tony Vazquez also attended the Airport2Park event.

Santa Monica’s new City Manager Rick Cole, on the job for just his third day, spoke inspirationally of the power of collaboration between the community and the City, pointing out that the Santa Monica Airport2Park Foundation and this event exemplified that kind of collaboration.  He said to solve complex problems and achieve community goals, it is not enough for people to simply point out a problem and then demand the City solve it.  Instead he encouraged the community to actively collaborate with the City to resolve problems over a period of time while navigating inevitable logistics issues and tradeoffs.  As had the Mayor before him, Rick spoke while holding the new official sign (hung during the event) proclaiming “Future Home of Airport Park Phase II” prepared by City staff.  Both speeches were motivating and inspirational, and were met by huge applause and cheers.

Being in the crowd, it really felt like we were all working on the same side, and that through such a close and on-going collaboration anything was possible, including, as Rick Cole himself said, potential ultimate conversion of the entire airport land into a ‘great’ park to rival any other on the planet!

Airport2Park would like to extend our thanks to all those who worked so hard to make this event such a success.  To the sponsors such as WholeFoods who so generously donated food for the event, to our Council and City staff for all their help and on-going support, to all those who volunteered their time to prepare for it, to the photographers (Michael Brodsky, Cindy Bendat, and others), and in particular to the events committee who put it all together.  It was a great way to celebrate a very special day and the start of a new era in Santa Monica parks. 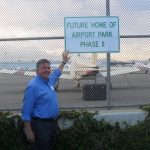 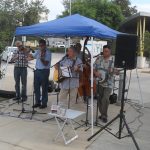 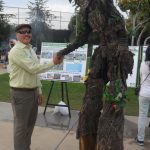 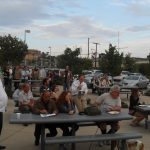 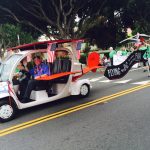 2 thoughts on “Celebrating the Start of the Park”