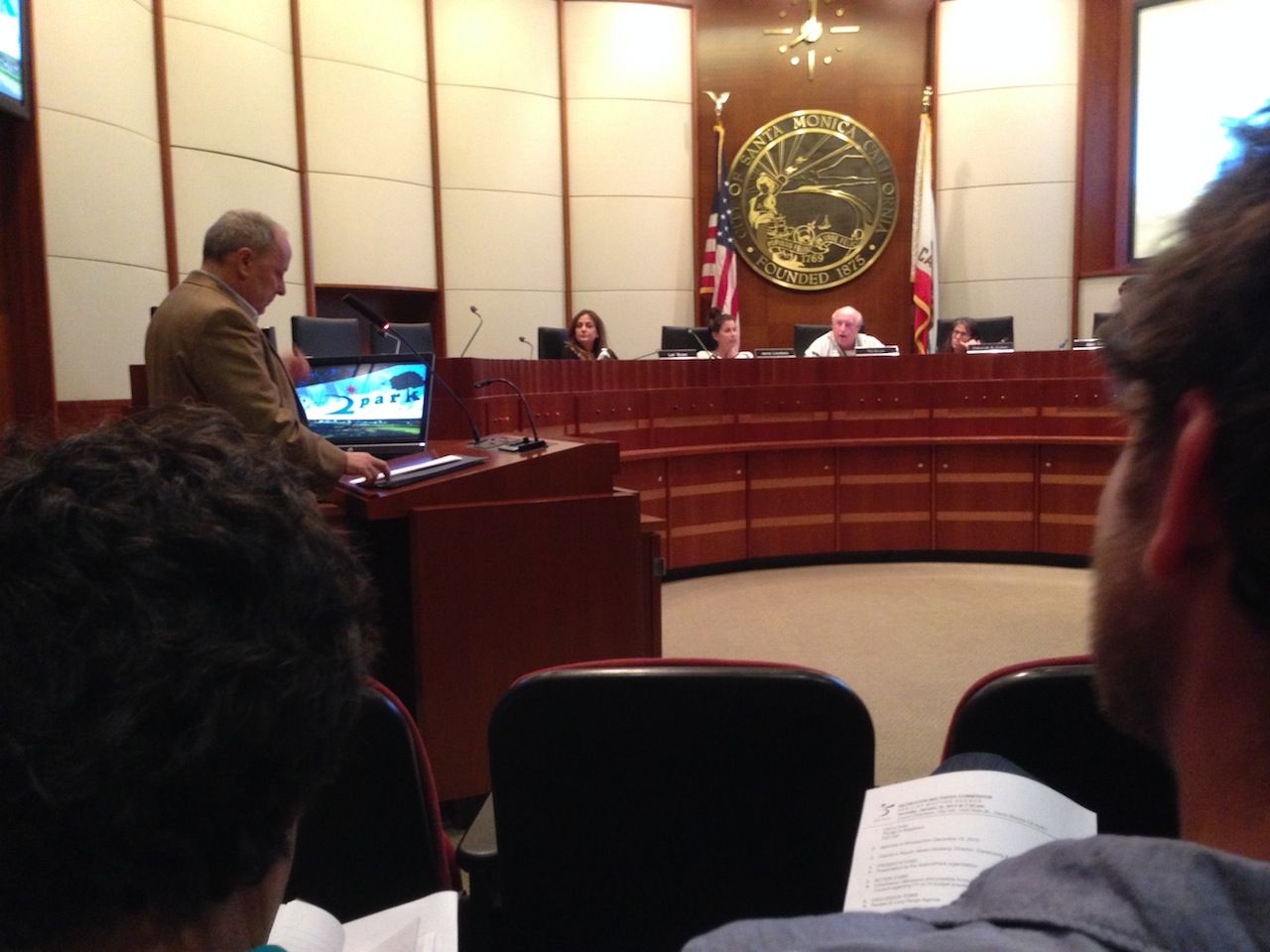 Last Thursday evening, Jan. 16, at the monthly meeting of the Santa Monica Recreation and Parks Commission, Airport2Park presented the commission with a report on what we have been doing — and why. A2P had requested the chance to advise the commission, which will have a lead role in the public process that the City of Santa Monica will conduct for the planning of a park on the airport land, on what we were doing, and the commission and its staff had graciously agreed to hear from us.

The audio-visual presentation was prepared by a committee of A2P and delivered by Frank Gruber. It was very clear that the commission paid close attention. The presentation started with a reminder to the commission about how big Santa Monica’s parks deficit is — Santa Monica has 1.4 acres of park per 1,000 residents, when the standard is 10 acres.

We then gave the commission a summary of the history of the airport and of Santa Monica’s ongoing attempts to close it over the decades. The City is now suing the Federal Aviation Administration to confirm Santa Monica’s rights over the airport land, most of which it purchased with a parks bond in the 1920s.

We pointed out to the commission that from between 165 and 190 acres of the airport land could likely be turned into a park, which would more than double the 130 acres of parks that the city currently has.

After going over the events that A2P has hosted since its beginnings last summer, we shared with the commission preliminary findings from the surveys we have distributed asking people about what features and uses they would like to see in a park. These include water features, hiking and biking trails, sports fields and playgrounds, gardens and natural habitat; along with an amphitheater for outdoor concerts and plays, and cafes, and historical and educational facilities.

Finally we discussed the financial issues of building a park, and invited the commissioners to attend the panel discussion on financial issues that A2P is hosting at the Main Library Jan. 30 at 6:30 p.m. Our main point to make to the commission at this stage is that the most expensive single cost of the park — the cost of the land — has already been paid for and that it would be wrong to waste such a valuable public asset when it could be turned to a use the serves all.

The commissioners had several questions that indicated general support for building a park on the airport land, but on their agenda the item was, for them, informational only and they could not take any action.

We promised to keep the commission informed of our future activities.