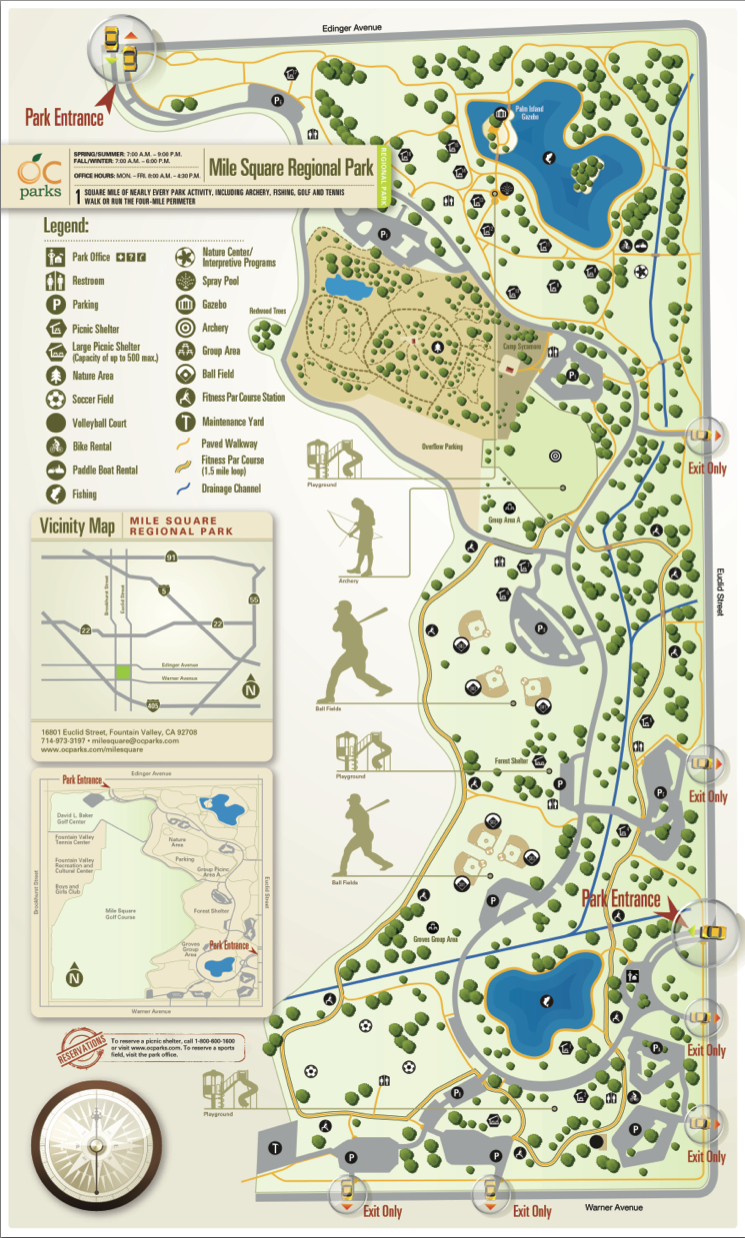 In 1942, the Navy purchased 640 acres (2.6 km2) of agricultural land for Mile Square Naval Outer Landing Field, which used as an auxiliary for Naval Air Station, Los Alamitos. Three landing fields were constructed in a triangular shape in the center of this area, with each field being approximately 2,200 feet (670 m) in length. It was used for carrier deck qualification practice by Navy aircraft. In March 1967, Orange County entered into a long term lease with the Navy Department for the perimeter area of the site which allowed the county to develop this area for regional park purposes. Military operations in the center airfield ceased in 1974. It is now operated by OC Parks.

The park derives its name from the near-perfect square of land that it occupies, bounded by Edinger and Warner Avenues on the north and south sides, and Brookhurst and Euclid Streets on the west and east sides, respectively. It measures one mile (1.6 km) on a side, for a total area of one square mile, or 640 acres (2.6 km2) 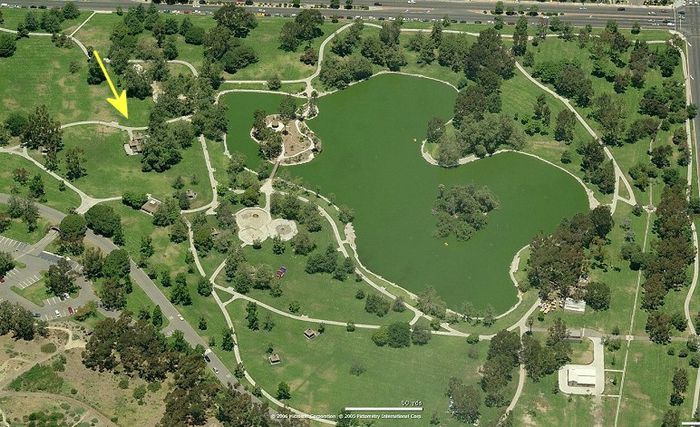 The park was built in several phases: 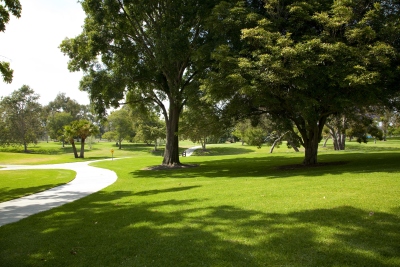 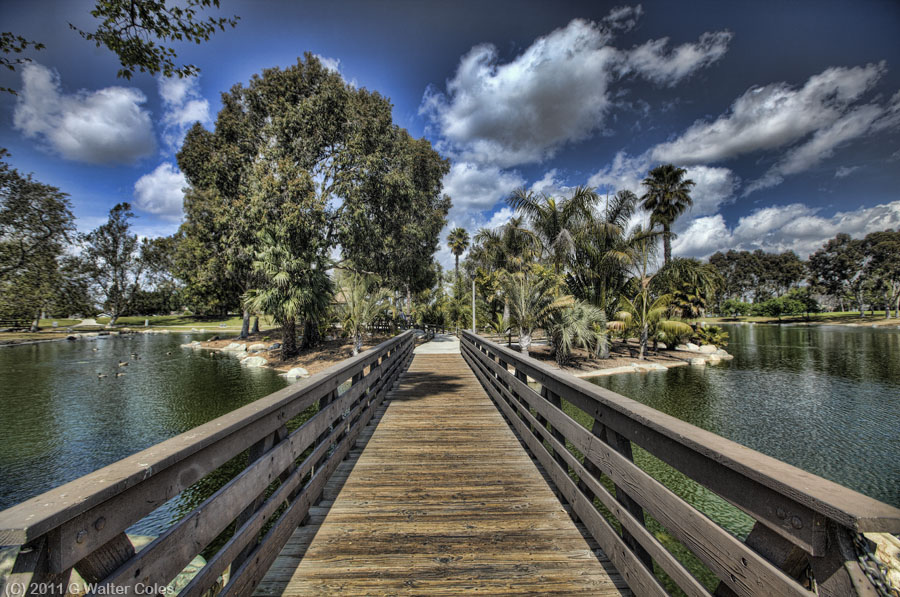 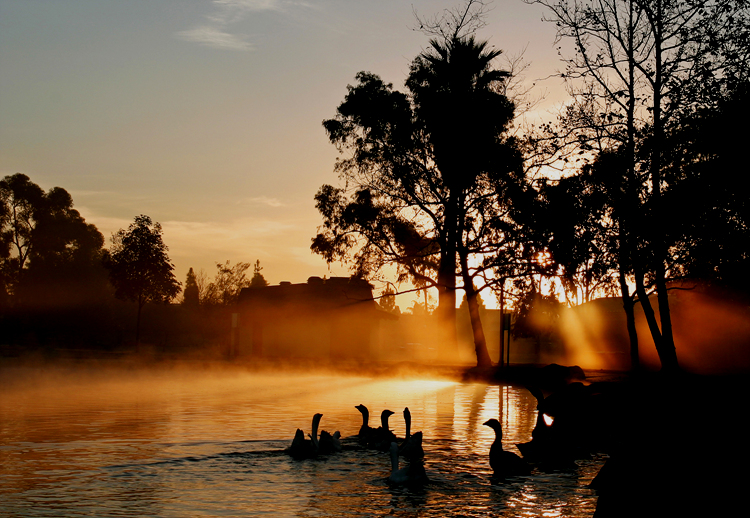 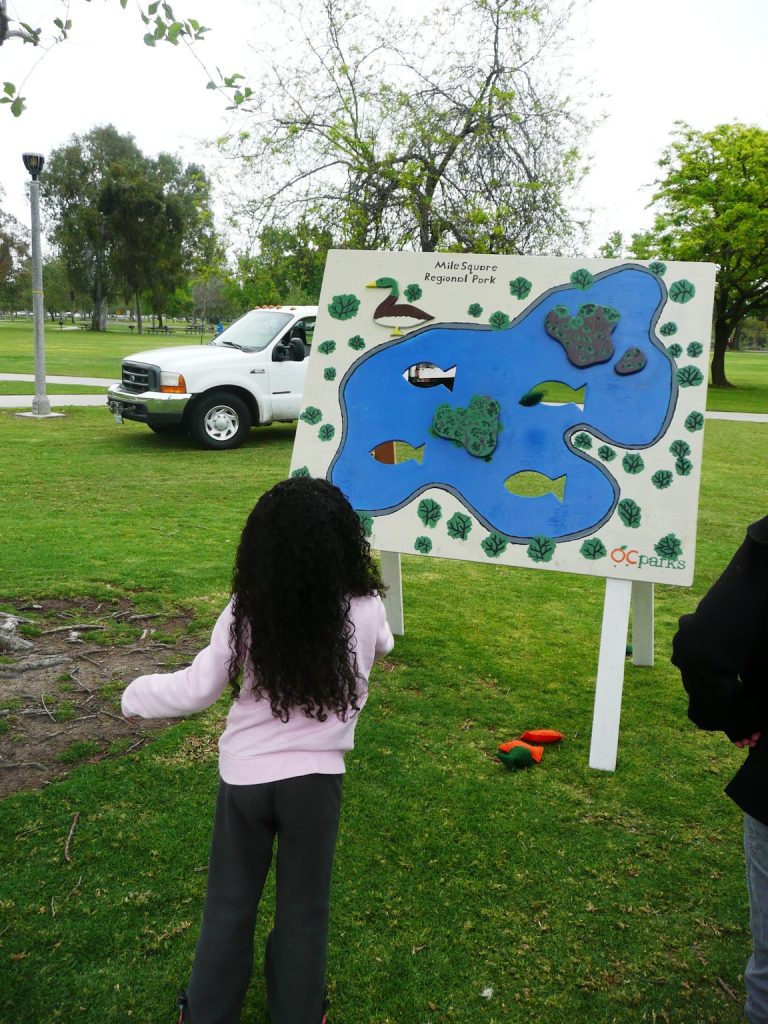 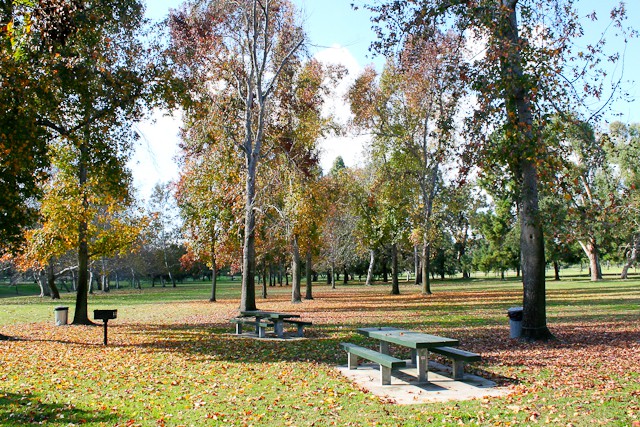 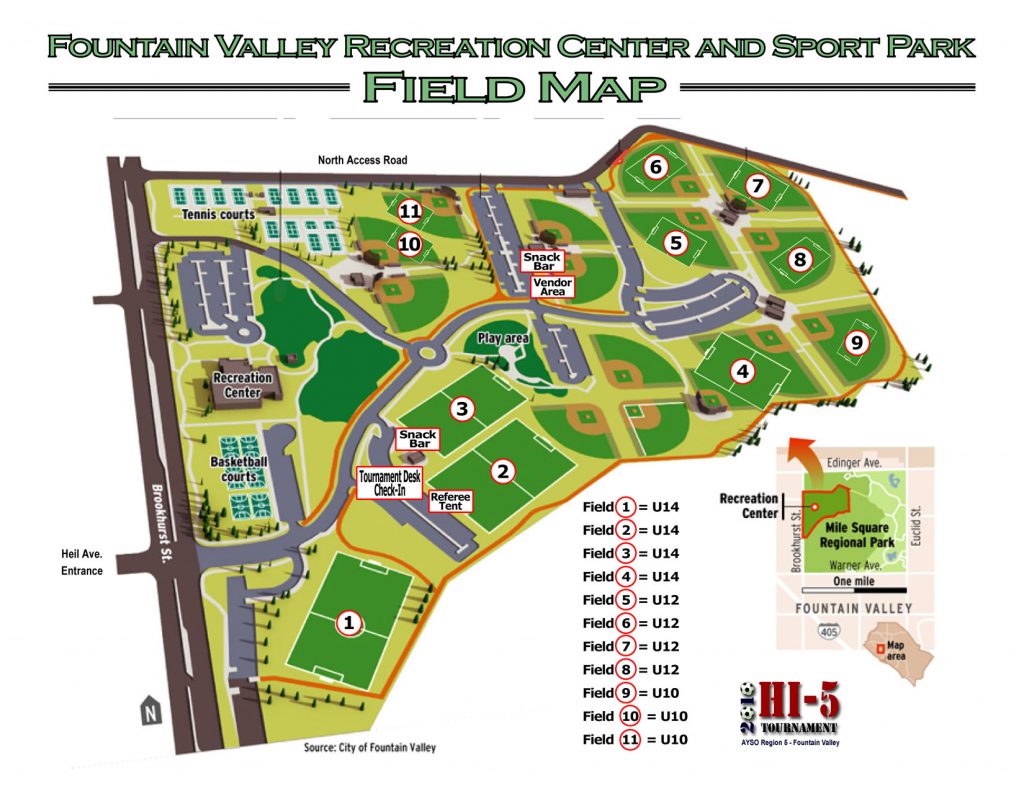 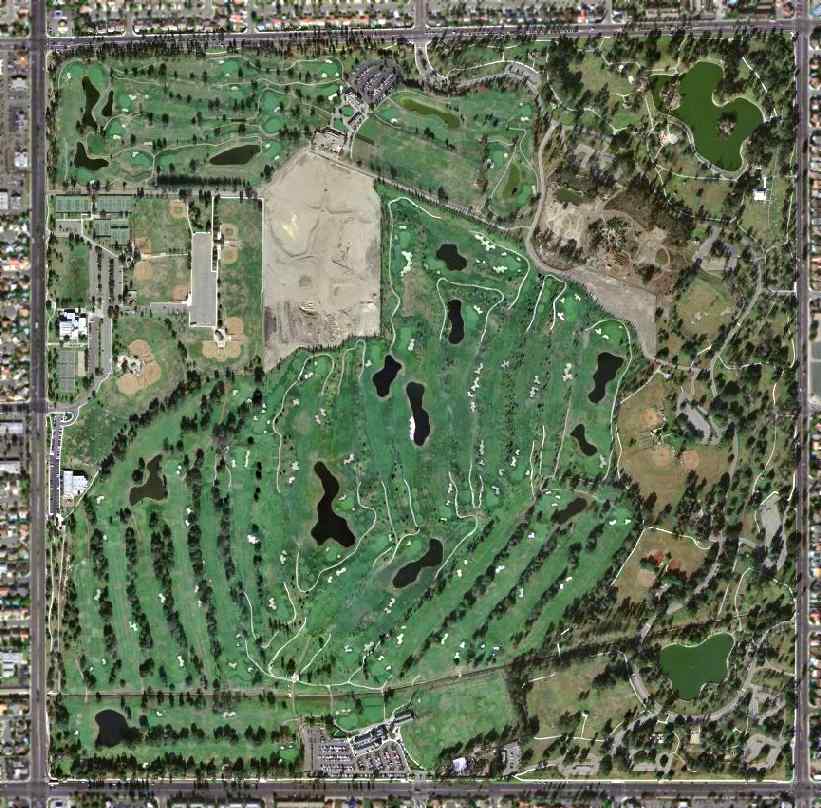