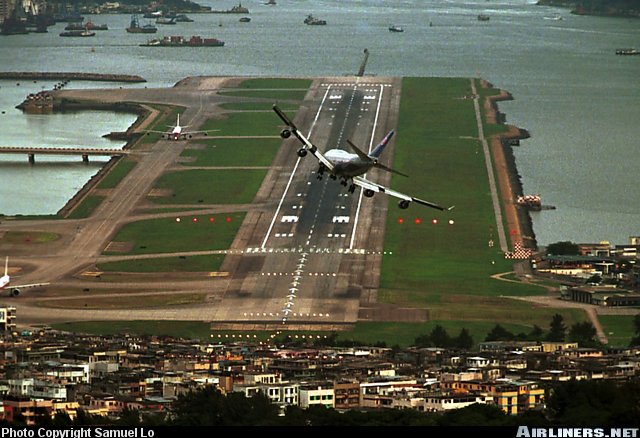 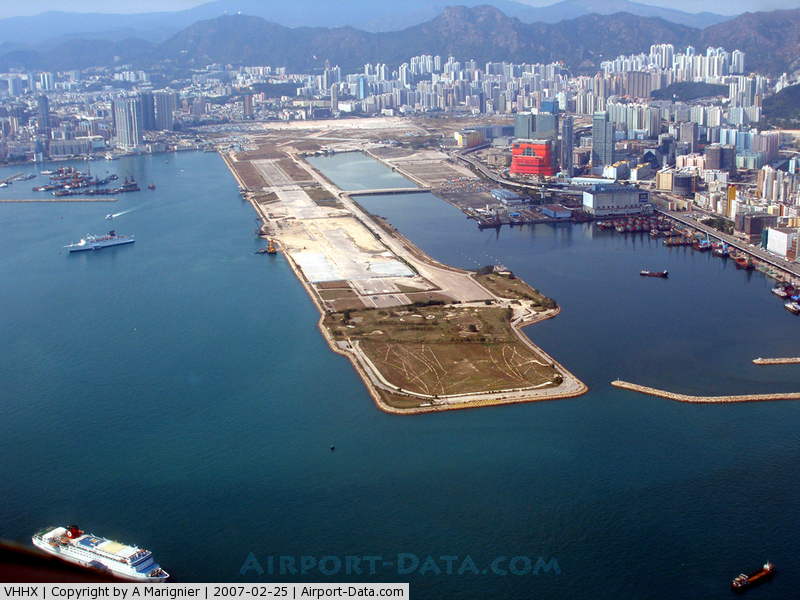 With numerous skyscrapers and mountains located to the north and its only runway jutting out into Victoria Harbour, landings at the airport were dramatic to experience and technically demanding for pilots. The History Channel program Most Extreme Airports ranked it as the 6th most dangerous airport in the world.

A small ceremony celebrating the end of the airport was held inside the control tower after the last flight took off. A speech was given, and the controller’s last words as he switched off the runway lights were “Goodbye Kai Tak, and thank you”.

The passenger terminal was later used for government offices, automobile dealerships and showrooms, a go-kart racecourse, a bowling alley, a snooker hall, a golf range and other recreational facilities.   In June 2013, the Kai Tak Cruise Terminal was opened on the tip of the former runway. 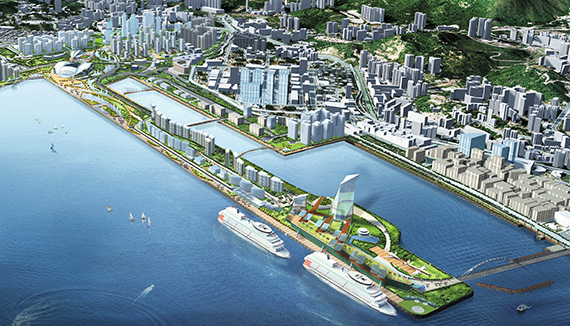 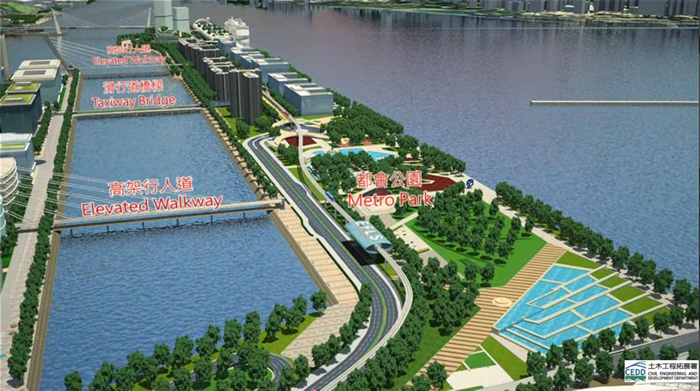