On July 1, 2014 the City has the 1984 agreement between the City and the FAA expires and the City has the right to close the Western parcel of the runway.  At the same time  all airport leases will expire.  The City has clearly expressed its intent to reduce or close the airport and that any land released will be destined for low intensity uses such as a park.  Airport2Park was set up to make sure that the current parcel map you see below:

turns into a ‘great park’ something more like what you see below: 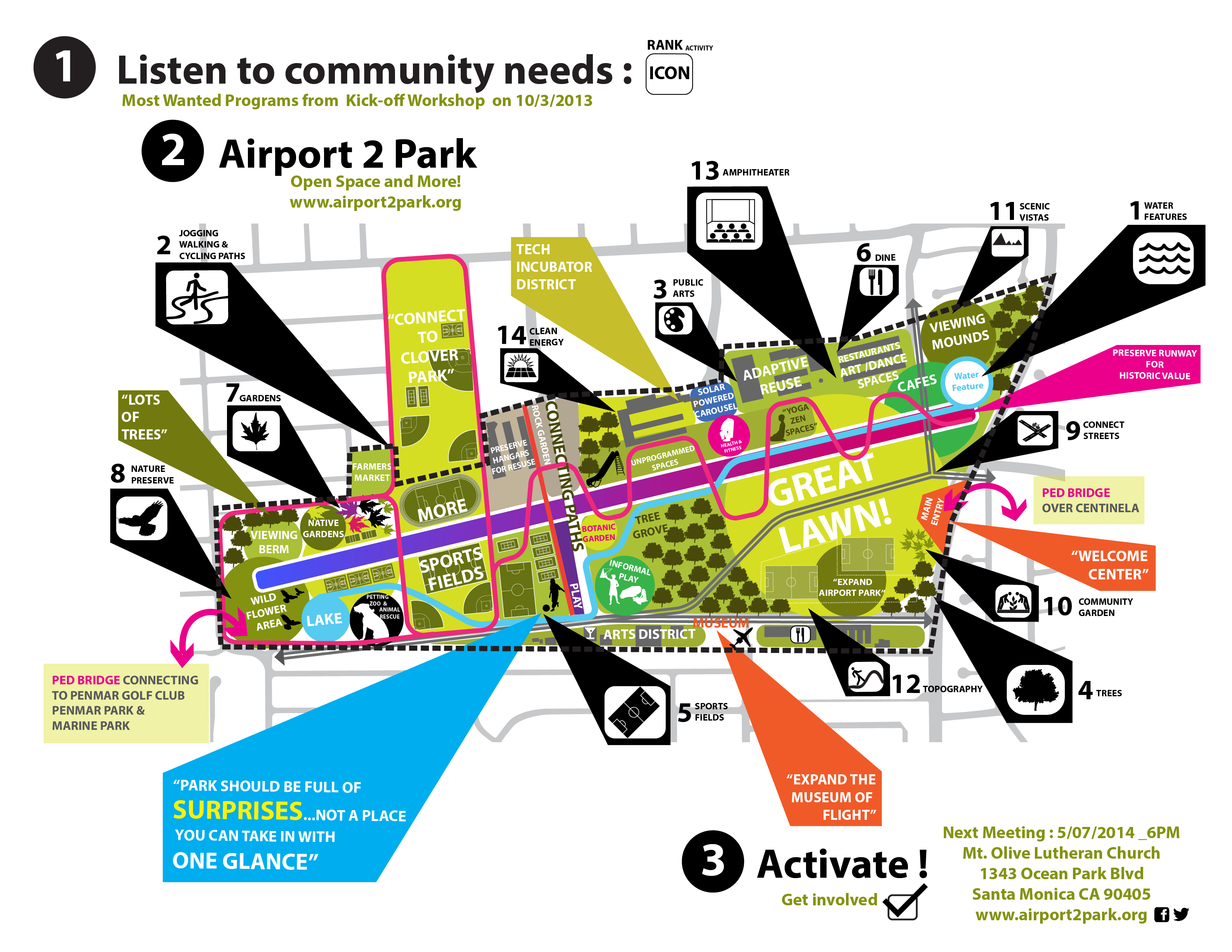